A musical based on a Kurt Vonnegut book will inaugurate the new Phoenix Theatre, now under construction and on target for an early May opening.

God Bless, You, Mr. Rosewater was written by Howard Ashman, with music by Alan Menken and additional lyrics by Dennis Green.

The 400th Phoenix production will be the first presentation in the new building to be known as the Phoenix Theatre Cultural Center. The 20,000-square-foot structure will enable the organization to provide enhanced community arts enrichment, educational programs, and top notch theatrical productions in a beautiful, city-central setting.

Said civic leader John Mutz, “From its inception, the Phoenix theatre has confronted the social issues of our times. Indianapolis is remarkably fortunate to have the Phoenix, and this new facility will help the theatre further influence the opening of our community’s hearts and minds.”

Fonseca gets some administrative help

Turns out the more expansive programs to be available at the new Phoenix Theatre, set to open in late spring, will require a larger administrative team.

As a result, the theater’s founder and producing artistic director – Bryan Fonseca – has turned over many of his duties to Kevin Kruse, who has been named managing director of the local theater following a six-month national search.

What long-time fans of the Phoenix Theatre need to know is that Fonseca is all-in with the change.

“Kevin’s wealth of experience will help us achieve new goals as we transition into the new building,” Fonseca said. “Specifically, Kevin’s presence will allow me to concentrate on the artistic product. The new building will allow us to produce slightly bigger shows, expand the offerings to include a spoken word series, an international music series and a town hall series—all of which I am eager to develop. 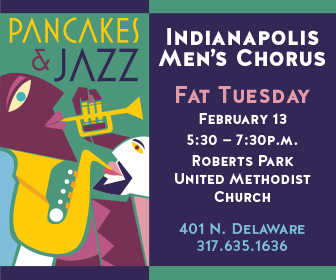 “We will expand our education and outreach programs and nurture new companies working out of our space,” Fonseca continued. “None of this would be possible without the addition of a managing director – especially one with Kevin’s experience. I look forward to working hand in hand with Kevin as we embark on the next chapter of this fantastic journey. A new Phoenix is indeed rising from the ashes of the old.”

Frank Basile, chair of the theater’s Board of Directors, said that as managing director Kruse will be responsible for all non-artistic activities. “He will work hand-in-hand with Bryan Fonseca in operating the larger theater in the new building, which is on schedule to open in late spring of 2018.”

Kruse brings a wealth of experience to the position. He holds a master’s in performing arts management from City University of New York at Brooklyn College and a bachelor’s in theater from Wittenberg University in Ohio. He has worked in theater management and the film industry since 1982. He joins the Phoenix staff after serving at the director of finance and administration at the Maltz Jupiter Theatre in Jupiter, Fla., a professional, not-for-profit theater that serves 100,000 people annually and has a $7.2 million annual budget.

“If the Phoenix were just another theater, I wouldn’t be here,” Kruse said. “But we’re so much more than that. We produce works that others shy away from – gutsy, sometimes controversial, and in-your-face plays that tackle issues we’d sometimes rather not think about. When we move to our new facility in May, we’ll become hosts and mentors to two fledgling theater companies, among them the area’s first professional feminist company.”

Looking forward to the new facility, Kruse is interested to see how this new building will empower the theater’s education and outreach programming. He believes that this, “incredible resource will be much more than a building, attracting great teaching artists and in turn great students who will lay the foundation for a deeper, richer local talent pool.” When asked about the building, Kruse said, “I think people will be amazed in 18 months to two years at the impact that the Phoenix will have had on the city and the new neighborhood. I don’t think we fully understand the impact this space is going to make.”