The Cabaret has carved out a niche as a Downtown cultural destination by bringing a string of Tony Award-winning performers to its stage.

So the bar was set very high as The Cabaret prepares to unveil its newly created performance space – its first permanent home – in space which was once to a roller skating rink in the 900 block of North Pennsylvania Street.

The Cabaret responded with what promises to be a smash hit: Jennifer Holliday, a Tony- and Grammy Award-winning singer who became a Broadway icon with her show-stopping, heart-wrenching performance of And I am Telling You, I’m Not Going in the smash hit, Dreamgirls, considered one of the all-time best performances in a Broadway musical.

Holliday will inaugurate the new Cabaret space in a Saturday, March 24, performance with a black-tie optional soiree in the historic Metzger Building, also home to the Arts Council of Indianapolis and its Gallery 924. Tickets will go on sale soon, along with the announcement of The Cabaret’s coming season.

Holliday has also starred in Your Arms Too Short to Box with God, Chicago and the revival of The Color Purple.  She has two Grammy awards, nine studio albums and five Top 10 singles on the R&B and dance charts to her credit.  Jennifer will raise the roof with her powerhouse vocals in an electrifying evening of Broadway, jazz standards, originals and soulful pop. 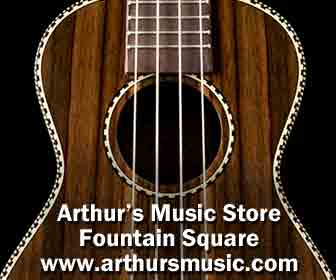 Her portrayal of the iconic role of Effie “Melody” White in Dreamgirls, a role which she co-created, garnered her a Tony Award for Best Actress in a Musical and her first Grammy Award for Best R&B Female Vocalist.  Most recently, Holliday completed an acclaimed run as Shug Avery in the Broadway revival of The Color Purple, following a stint on the national tour as Sophia.

Her acting career got a boost when she was cast as a recurring character on Ally McBeal, and she has appeared on a number of other television programs including Ellen.

ο Laura Benanti will perform songs from her celebrated career and share humorous anecdotes and experiences she has had both on and off the stage and screen. She received a Tony Award for her role as Gypsy Rose in Gypsy with Patti LuPone and starred in Meteor Shower with Amy Schumer. Laura has also starred in the revival of She Loves Me, Women on the Verge of a Nervous Breakdown, Into the Woods, Swing!, Nine, The Wedding Singer, and The Sound of Music. Her television credits include Supergirl and Nashville.

ο In the 10 years since the The Puppini Sisters began, many have followed their trailblazing lead, whether it be their retro close harmonies, the swing-style re-workings of standards and modern pop songs, or their impeccable retro-futuristic fashion sense. With six albums under their waist-cinching belts, the Puppini Sisters are regarded as the world’s leading close-harmony group. They have been awarded both Gold and Multi Platinum Discs.

ο Nancy and Beth is a folk/blues/vaudeville duo created by Megan Mullaly (Will & Grace, Parks and Rec) and Stephanie Hunt. They are known for tight harmonies, witty choreography, and songs from every genre and era.

ο The Cabaret’s own artistic director, SHANNON FORSELL, with gather some friends for What a Swell Party This is: A Cole Porter Birthday Soiree. This celebration will honor the Hoosier-born songwriter known for penning some of the wittiest songs in history.

ο In a new solo show, Rachel Bay Jones will explore stories of love, motherhood, theater and life. She has starred in the Broadway phenomenon, Dear Evan Hansen (her Tony role), and also Pippin, Hair and Women on the Verge of a Nervous Breakdown.

ο Touted by The Wall Street Journal as “smart, sophisticated…ingenious,” the award-winning Broadway duo Lauren Molina and Nick Cearley will perform their musical comedy, The Skivvies: Undie-Rock, with a special guest, Broadway star Nick Adams. The show will feature pop mashups, show tunes and eccentric originals for cello and ukulele, with touches of glockenspiel and melodica – all with a minimalist dress code to reflect their “stripped-down” musical style.

For more information on The Cabaret visit their website.