The coalition working to change plans to dramatically change the Downtown interstate system has gained two important partners since the February issue of Urban Times went to press:

In a letter to the Indiana Dept. of Transportation, Hogsett urged the state to consider a partnership between the city, INDOT, and the city’s Metropolitan Planning Organization to craft a shared vision for the project that considers community impact and benefits of alternative design options.

Referring to the decades-long struggles to recover from the creation of the original interstate, Hogsett said, “Many fear a traffic solution that simply widens the existing elevated system could-for a second time -devastate our city’s historic core and the neighborhoods that line the right-of-way on all sides.”

Hogsett encouraged the state highway planners to consider at-grade alternatives that would sufficiently move traffic and meet INDOT’s needs while reconnecting our neighborhoods and street grid.”

When Old Northside resident Bob Kennedy first saw the plans of a Downtown interstate construction project, he was excited with the prospects of correcting some of the problems with the existing design which the city has lived with for the past half-century.

The elevated nature of the Downtown interstates (65 and 70) has done its damage to neighborhoods which are just now recovering from that damage 50 years ago when those interstates cut through the Downtown like Sherman marching through Georgia.

As he learned more about the project, however, the architect and former director of the city’s Department of Metropolitan Development grew concerned. When he ultimately understood the full picture of what is planned, he joined a growing chorus of Downtown stakeholders.

“The plans are shocking,” Kennedy said.

The state’s project actually began over an acute issue – crumbling bridge infrastructure. No one disputes that immediate problem. But the plans ultimately grew to include widening parts of the Downtown interstate system to five lanes – all within the state’s current right-of-way.

Although the state’s planning has been going on for quite a while, the steadily growing grassroots opposition is more recent – led by Historic Urban Neighborhoods of Indianapolis (known as HUNI), Indiana Landmarks, Central Indiana Community Foundation, Keep Indianapolis Beautiful, Local Initiatives Support Corp. and the local branch of the American Institute of Architects.

The resultant clamor has evidently not gone unnoticed at the Indiana Dept. of Transportation, which only recently pushed back planned public hearings on the project to no sooner than March. INDOT spokesperson Andy Dietrich said the planners are looking at the two alternative proposals before proceeding any further with the interstate project.

The alternatives, both unique to Indiana, would counter the INDOT plan which has garnered so much opposition from Downtown stakeholders. Two things are important to note in those plans:

ο Sloping hills along the interstates would be replaced by a vertical wall which in many cases would be close enough to neighboring buildings to cast its shadow upon them.

ο The underpasses separating Downtown from its surrounding neighborhoods – already dark tunnels foreboding to pedestrians – would come close to doubling in length. 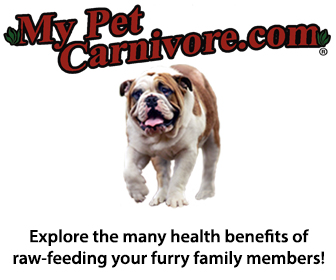 The current proposed project is actually the first phase, running from Interstate 65 around Fall Creek south, picking up I-70, ending at Washington Street. The southern part of the network would be handled in the next phase.

HUNI officials believe city officials have had access to the plans for some time, but are only now beginning to understand its impact. The collective opposition is working to get city and state officials together to rethink the plan.

The two alternative visions have been developed, in large part, thanks to Kevin Osburn of Rundell Ernstberger and Meg Storrow of Storrow Kinsella Associates. Both are landscape architects and urban designers who also both live within the shadow of the prospective interstate expansion.

The vision statement being advanced by HUNI and partners includes these thoughts:

“Fifty years ago, Interstates were built through an Indianapolis Downtown that was dramatically different from today’s city center. Construction decisions made at that time divided neighborhoods, exacerbated public safety problems, and delayed the commercial and residential redevelopment of Downtown.

“Rather than make an (approximately)  $250 million investment that will lock in place and exacerbate the current dysfunctional system for at least five more decades, let’s pursue an opportunity to dramatically improve I-65/70 functionality, community connectivity, economic development and create a stunning new Northside door to Indianapolis.”

What HUNI is seeking, said past President Marjorie Kienle of Lockerbie Square, is not cancellation of the project, but more study. She said the state’s current plan will only create more vehicular traffic through Downtown – resulting in more pollution, more noise and more vibration. All of those factors already exist to a considerable degree, thanks to the elevation nature of the interstate legs.

She is also concerned about the state’s planned use of a “design/build” strategy, in which the state only completes about 30 percent of the planning – leaving the other 70 percent to the chosen builder.

ο Reroute through traffic on Interstate 465, which offers similar travel times, and encourage that route through smart tolling procedures. Under this plan, the Downtown interstate sections would be replaced with a street-level “multi-modal boulevard.”

ο Route the Downtown interstate traffic through an underground tunnel, topped by the street-level boulevard.

Even before he understood the worst aspects of the proposed plan, Kennedy wrote this:

But he pointed out the three major defects of the 1960s design:

ο “It is unsightly,” Kennedy pointed out. “When it was constructed, no consideration was given to urban design and the negative effect of so large a project on future land uses, redevelopment opportunities and historic preservation. None of five historic preservation districts that presently abut this interstate were established.

ο “It is noisy. The amount and level of noise pollution constitutes a severe handicap to land uses in proximity to the interstate,” he added.

ο “It is dirty. The dust and dirt on these interchanges is a major contributor to particulates (dust) and carbon monoxide air pollution.” 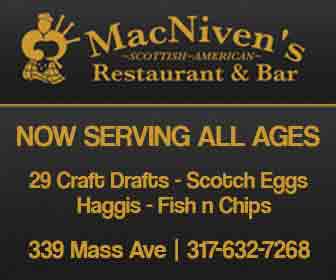 “When the current interstate routes were determined, historic districts had not been designated,” HUNI leaders have written in a letter to city officials, state officials and Downtown stakeholders. “Today, interstates abut five such districts which have generated an enormous amount of investment. Property values have continued to rise due to the walkability and the residential character of those districts. Any evaluation of alternatives should include the extent to which they protect these municipal assets.

“Fifty years ago, mistakes were made,” the HUNI letter continues. “We have an opportunity to correct those mistakes and make Downtown an example for other urban centers.”

Other neighborhoods immediately to the south of the phase one project – Fletcher Place and North Square – have also been paying close attention to the conversation, knowing they will eventually be affected during the next phase of the proposed project.

For much more on the interstate project, potential alternatives and how other cities have solved the problem, go to www.huniindy.org