I had never met Mari Evans—more to the point, I was unfamiliar with her writing—when I was urged to invite her to write a piece for Where We Live: Essays About Indiana.

This was in 1988. Kenneth Gladish, then head of what was called the Indiana Humanities Council, had recently brought me to Indianapolis to work for the council. One of our first ideas was to create a book, composed of essays by creative people from around the state, about what it meant to live here.

A project like this is, of necessity, a juggling act. Different constituencies, regions, disciplines, backgrounds have to be accounted for. And then you need participants who can actually write.

We agreed to put that last attribute first. Above all, we wanted to build a book people might want to read.

I got lucky: one of our board members, Joe Trimmer from Ball State, urged me to call Mari Evans.

She was not eager to accept our invitation. She was polite, even gracious. But, for reasons she would explore with unstinting candor in her essay, “Ethos and Creativity: The Impulse as Malleable,” she was wary.

“Don’t make waves; don’t be unpleasant; and if Truth is unpleasant, then avoid Truth,” Mari wrote, describing what a creative person, especially a creative black person, was up against in Indianapolis. “So I approached this essay with trepidation and much running from face to face to make inquiries, to see if I could nail down, without equivocation, the Truths that are part of my pulse.”

We met, we talked. We talked some more. Fortunately for me—and for our book—a bond began to form.

One of the open secrets in American life concerns the extent to which the cultural lives of black people and those of white people exist in parallel universes. There are, of course, places like jazz and dance where these universes famously overlap and are duly celebrated. But if you dig a little deeper on the black side, beneath, as Charles Mingus once wrote, “the underdog,” you find expressions of thought and feeling, ideas and aesthetics that challenge imperial, or white, cultural assumptions and expectations about politics, community and what artists do.

From the start it was clear that Mari was intent on using her essay as a means of making these universes more intelligible to one another. An artist whose life’s work was explicitly dedicated to being for and about her people, she decided Where We Live was an opportunity to address a larger audience.

She held nothing back. From time to time she would check in, as if to test whether or not she had pushed her editor beyond his comfort zone. “It is an American story,” Mari wrote of how Indianapolis’s leaders systematically dismantled the black community around Indiana Avenue, “the leitmotif of a nation whose contradictions are all the more searing here, in a prospering highly visible ‘all-American City’ . . .”

I only remember wanting more.

John Gallman headed Indiana University Press in those days. After reading the manuscript in full, he phoned to say he was pleased—liked some essays more than others—but that one by Mari Evans, that, he said, was the best of the lot.

Thirty years later, Mari Evans’s voice is still commanding, her call to conscience and, as she would put it, “clarity,” still urgent. “I am prone to remind audiences that ‘in this country we are programmed to disbelieve what we experience,’” she wrote, “and to suggest that since we are both segment and sum of all that is past it is prudent to be clear about the nature of that past experience as well as the continuing impact it has on how we view society and how we view ourselves.”

She could have written those words last week. Their time was—still is—now.

David Hoppe served as Resource Center Director and a Senior Program Officer with Indiana Humanities from 1988 to 1994. He is a journalist, author and playwright whose books include Food for Thought: An Indiana Harvest, published by Indiana Humanities.

On Thursday, March 8, 2018, David will serve on a panel of local artists who explore the ideas in Mari Evans’s “Ethos and Creativity” essay 30 years after she wrote it. Panelists will consider the essay’s continuing relevance to art, justice and community. The program will take place from 6:30 to 8:00 p.m. at the Basile Auditorium, Eskenazi Hall, IUPUI, 735 W. New York St., Indianapolis. Parking is available at the IUPUI Sports Complex Parking Garage, 875 W. New York St. The program is sponsored by the Institute for American Thought, IUPUI’s Africana Studies Program and the Society for the Advancement of American Philosophy, with support from Indiana Humanities, the IUPUI School of Liberal Arts and the IUPUI Arts and Humanities Institute.

More information, including a link to the essay, is at https://www.ethosandcreativity.net. You may also contact Martin Coleman at martcole@iupui.edu or 317.278.8572. 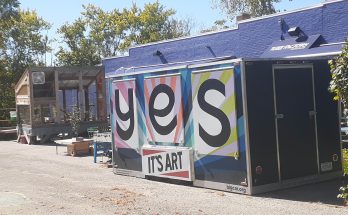 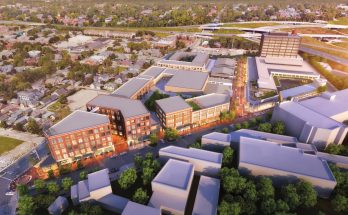