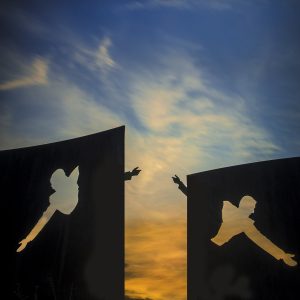 The ceremony will include remarks from Indianapolis Mayor Joe Hogsett; Paul Page, who witnessed RFK’s speech in Indianapolis; and community activist Derris Ross.

This year marks half a century since Kennedy’s death and his impromptu speech of peace and forgiveness just a few short months before Dr. Martin Luther King Jr. was assassinated on April 4, 1968. The impassioned remarks Kennedy delivered in Indianapolis became one of the greatest speeches of the 20th century and his call to strive for understanding and peace reverberates today.

The Kennedy King Memorial Initiative, in partnership with the Harrison Center, will also unveil a collaborative art piece created by residents representing the seven distinct neighborhoods of King Park. Local artist Kipp Normand will assemble the pieces to create a single installation that will reside in the King Park Center and allow visitors to gain a deeper understanding of the neighborhood’s past and the historical significance of the site.