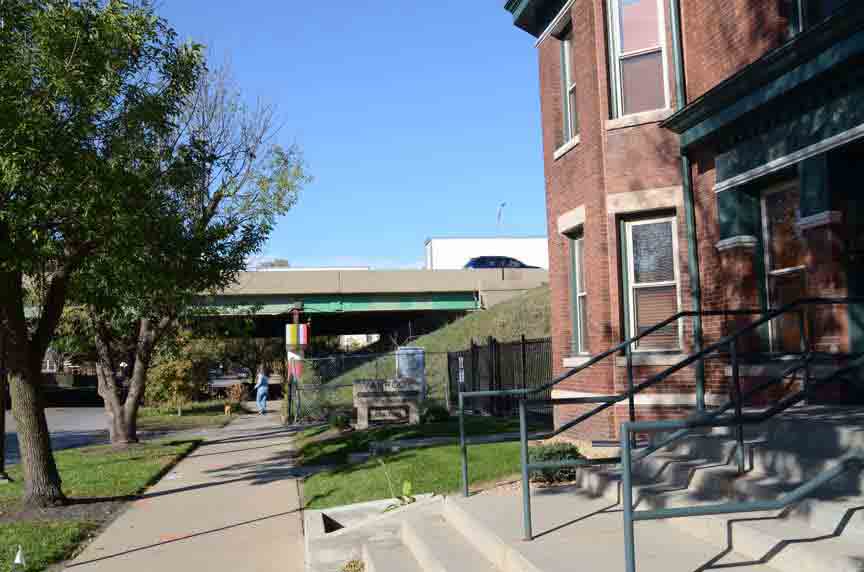 The grassroots advocacy organization known as the Rethink 65/70 Coalition has reacted positively to recently announced plans of the Indiana Department of Transportation to scale back on its plans to expand a section of the Downtown interstate highway system.

To a certain extent. The Rethink advocates also believe the state officials didn’t go nearly far enough in their planning.

“The Coalition really appreciates that the state has completely backed off an expanded interstate and nearly eliminated above-grade walls for its reconstruction plans,” said Paul Knapp, a leading member of the Coalition and CEO of Young & Laramore advertising agency. Y&L’s headquarters is  located in Lockerbie Square directly adjacent to Interstates 65/70.

“But the Coalition’s third and fourth principles are just as important as the first two,” Knapp quickly added, referring to Rethink 65/70’s recommendations to:

o Increase connectivity between neighborhoods and areas of commerce separated by the interstates.

o Increase opportunities for inclusive economic development along the path of the interstates.

The debate in question began nearly a year ago when INDOT announced a preliminary plan to widen the North Split of the Downtown interstate system – a plan which Downtown residents and business leaders believed would dramatically worsen what they feel is a negative effect of the 50-yeawr-old the above-ground interstate system.

For the look at the full alternative study completed by INDOT, click on:
https://northsplit.com/project-documents/alternatives-screening-report/

In late September, INDOT unveiled its “preliminary preferred alternative” to reconstruct the I-65/I-70 North Split – a plan which will not add through lanes and will, state officials said, minimize the footprint of the interchange.

Mayor Joe Hogsett had an immediate reaction to the Sept. 28 announcement: “This preliminary design is a testament to the legitimate concerns of Indianapolis neighborhoods who have felt the generational impact of the urban interstate system,” Hogsett said. “And INDOT’s genuine willingness to listen and ensure their plans reflected that feedback. Residents should be encouraged by this kind of collaboration, and we can be proud of the initial plans it has resulted in.

“INDOT listened to all input and incorporated as many suggestions as possible,” said INDOT Commissioner Joe McGuinness. “Our goal in developing this preliminary preferred alternative remains balancing the need to address safety and aging infrastructure with community impacts.”

Knapp said the Coalition’s Technical Committee, led by Kevin Osburn of Rundell Ernstberger Associations, along with the rest of the leadership team, studied the revised plan in depth, after which they met with McGuinness to better understand the revised plans.

“The consensus of the Coalition’s leadership group is that INDOT has listened to our concerns, objections and suggestions over the last 10 months – to a certain extent. When measured against the Coalition’s four principles that we have been pushing, the state has made big steps in the right direction on the first two principles.

“That is great,” Knapp said. “But the Coalition’s third and fourth principles are just as important as the first two.

He said that as the Coalition’s study into the state highway plan continues, the advocates “hope to work collaboratively with INDOT to make additional adjustments to their North Split plans so that increased connectivity and economic development can become a reality from what will be a billion-dollar reconstruction of the Downtown interstate system.

Knapp continued: “If the North Split is not designed correctly, there will be little or no opportunity for increased connectivity and economic development across the north and east legs of the Inner Loop.”