Downtown stakeholders apparently have one less controversial element of the controversial “North Split” interstate project to worry about: noise barriers.

After study, the I-65/I-70 North Split Project Team of the Indiana Department of Transportation is recommending against establishing noise barriers along the interstate route affecting five Downtown historic neighborhoods – Lockerbie Square, Chatham Arch, St. Joseph and The Old Northside. The team’s reasons include major considerations on the impact noise barriers would have on the Downtown historic neighborhoods.

The Project Team announced on Feb. 17, however, that it is recommending noise barriers be established in two locations, both near Martindale-Brightwood along westbound Interstate 70:

– the edge of the north shoulder from Valley Avenue to Commerce Avenue.

– the edge of the north shoulder from Commerce Avenue to Lewis Street.

Factors considered in recommending these noise barriers not be constructed include:

– A survey of “benefited receptors,” defined as property owners and residents, along with public meetings in the adjacent neighborhood of each potential noise barrier to describe the results of the noise analysis and encourage survey response. Social media posts and Listserv emails were sent, and door hangers were hung on doors of benefited receptors to encourage completion of the surveys and attendance at the public meetings. Surveys were sent a second time for these three barriers because the percent response rates were under 50%.

– Effects on historic properties, which falls under the definition of “other considerations” as defined by INDOT policy. Six historic districts listed on the National Register of Historic Places are located immediately adjacent to  or near the North Split Project area.

INDOT is required by federal law to comply with Section 106 of the National Historic Preservation Act of 1966 as amended. The State Historic Preservation Office provided a letter to INDOT expressing deep concern about the visual effect of the noise barriers on the setting of the historic districts near the North Split.

The state’s letter described the noise barriers as an additional and severe adverse effect to the character and setting of these resources, greatly amplifying the visual impact of the existing interstate highway intrusion within the historic districts. The letter stated the noise barriers would serve to further isolate historic districts and adjacent structures and strengthen the perceived and actual separation between neighborhoods on either side of the highway.

A letter provided by the administrator for the Indianapolis Historic Preservation Commission said noise barriers would create a severe visual adverse effect by diminishing the feeling, setting, and character of the historic properties and the historic resources within them.

Following is a more detailed explanation of the noise barriers which the North Split Project Team is recommending against:

– Northbound I-65, along the edge of the north shoulder between College Avenue and Alabama Street, near the Old Northside neighborhood.

– Southbound I-65, along the edge of the south shoulder between College Avenue and Alabama Street, near the Chatham Arch and St. Joseph neighborhoods.

– Southbound I-65/Westbound I-70, along the edge of the west shoulder between 10th Street and Ohio Street near Massachusetts Avenue and the Lockerbie Square neighborhood.

ILLUSTRATION ABOVE: This graphic is taken from the Undark website. Undark is a non-profit, editorially independent digital magazine exploring the intersection of science and society 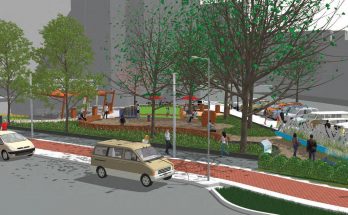 THIS JUST IN: Changes coming to Mass Ave’s Davlan Park 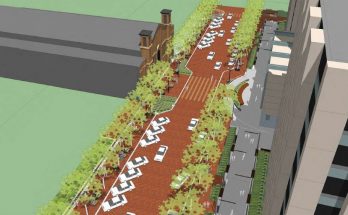 THIS JUST IN: Market Street closure to begin between City Market and City-County Building 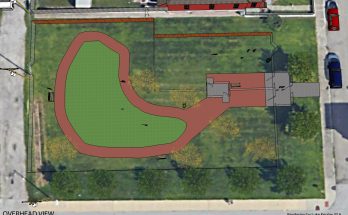 THIS JUST IN: Crowdfunding campaign launched for ‘The Dog Park at Immanuel’