Less than a month after being removed as artistic director of the Phoenix Theatre – the organization he founded 35 years ago – Fonseca announced the pending launch of a new professional company, the River West Theatre Company.

The new endeavor will be located on the city’s Near Westside, where Fonseca has worked the past two years through the Transformational Impact grant he received from the Arts Council of Indianapolis and the Lilly Endowment.

In a press release, Fonseca said the new theater will give voice to the Latinx, African American, Middle Eastern and Asian communities as a starting point. The goal was to improve quality of life through arts projects and planting artists at the table for future planning when it comes to housing and business development of the area. “The grant allowed me to plant seeds, this new theater will give the community another center to nourish the original project.”

River West Theater will increase employment and educational opportunities for minority actors, Fonseca said, adding that the sharing of culture is essential to our nation’s health. The theater, he said, will focus on work “about and/or by minority artists to bring together the city’s growing minority communities.”

The theater will offer civic programs as well, Fonseca siad  “I’m cooking up a cultural and political ‘stew’ which will create opportunities for the city’s artists of color,” he said.

The move brings Fonseca back to his organizational roots, a move less surprising than the early June announcement of Fonseca’s departure from the Phoenix Theatre, which only recently had moved into its sparkling new $11 million facility. The Phoenix Board of Directors announced that Fonseca was no longer the theater’s artistic director, having been named the Phoenix’s “founder and producing director emeritus.” 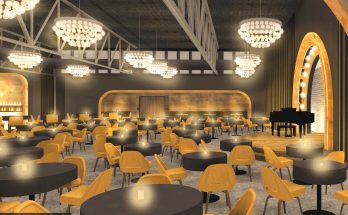 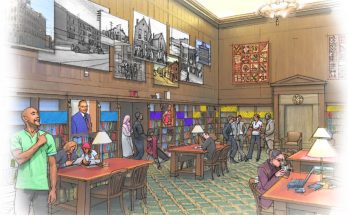 Program to analyze Frederick Douglass speech on slavery and ‘the Fourth’