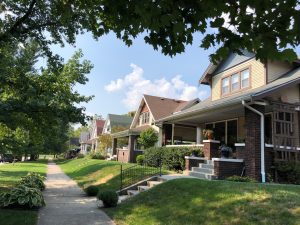 Located south of Fountain Square, the Garfield Park neighborhood has long been a proud part of Indianapolis history. With easy access to the Pleasant Run Trail, the Indianapolis Cultural Trail and multiple interstates, this tight-knit community continues to see growth in events, businesses, and its thriving cultural environment.

Recently, Garfield Park residents saw the opening of the Garfield Brewery, a further signal of a renaissance along the Shelby Street corridor. On Sept. 15, Garfield Park once again hosted a Mexican Independence Day celebration, and on Sept. 22-23 the park will host the inaugural Holler on the Hill Festival.

Previous years saw the opening of the Tube Factory artspace, Listen Hear, and several artist residencies near the intersection of Cruft and Shelby streets. Much of this development is due to the efforts of the Garfield Park Neighbors Association, led by Aryn Schounce.

“The recent developments in Garfield Park show what an engaged and determined community can accomplish,” Mayor Joe Hogsett said. “The attempt to attract new artists, residents, and businesses to the area while maintaining a sincere respect for the original community is clearly a winning strategy for revitalization.”

Garfield Park itself is the city’s oldest publicly owned park. With its historic conservatory and sunken gardens, the MacAllister Center for the Performing Arts, a pool, a playground, a library, and an arts complex, the park is a wealth of civic pride. Garfield Park has endured and thrived for more than 140 years, thanks in no small part to the Friends of Garfield Park group.

“If it isn’t already, the Garfield Park neighborhood is very likely the city’s next big success story,” said City-County Councillor Frank Mascari. “Every resident and every member of Garfield Park’s community associations should be proud of what they have helped to accomplish over the last several years.”

Residents and visitors are encouraged to use the hashtag #IndyNoM when posting on social media about Garfield Park. To nominate your neighborhood for Neighborhood of the Month visit: http://indy.gov/NoM. 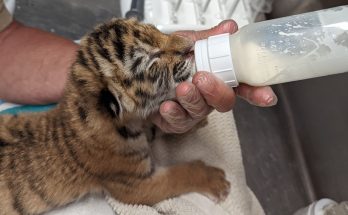 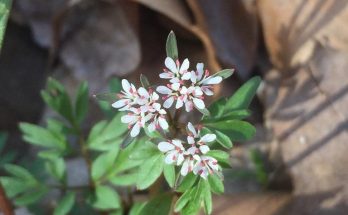