Metalsmith Nancy Lee bustles around her workshop and studio in the Circle City Industrial Complex, working on commissioned jewelry pieces and finishing up projects in preparation for her upcoming 10-year anniversary as an artist in the building.

The CCIC, as it’s known, has become a home, and preparations for her First Friday show, A Sparkling Diamond Celebration: Ten Years at the Circle City Industrial Complex, have given her pause, reflecting on her time at the CCIC.  The show will open as part of the First Friday, Oct. 5, tour.

“I am more in command of who I am in this space, than just about anywhere,” Lee said.

She now rents two large rooms on the first floor of the North Studios section of the building. One room, her gallery space, is decorated serenely, with several glass cabinets showing off her latest work in warm light.

The other room stands in contrast to the gallery: walls lined with benches, desks and shelving, each packed with the tools, reference materials and supplies Lee needs to create her work. An anvil, made from an old railroad rail, is firmly attached to a large log. Several torches and their flammable fuel are tucked away at the edges of benches. Clamps hold bits of jewelry off the sides of the benches, ready to be sawed by delicately thin blades. A hot plate stands by to warm chemicals – or water for tea – and next to it, Lee has set up her soldering station on a long, heatproof bench.

The bench is sentimental to Lee. Built by Wug Laku, the bench has moved around the building with her through the last decade. Lee credits Laku with cementing her origin story, as well as the origin story of the CCIC as an art hot spot.

The CCIC of 2008 was a different place. Starting out as an engine factory built by Louis Schweitzer, one of the earliest racers at what would become the Indianapolis Motor Speedway, it changed ownership several times in its recent history. Various companies and organizations rented out portions of the building for industrial purposes, and artists Martha Nahrwold and Wug Laku had settled in to create their work.

That year, Laku had founded his Wug Laku’s Studio and Garage, and Lee had found herself in need of a new workspace after a tree had fallen on the studio space in her garage at home. She toured the building with a metalsmith meet-up group.

“It was very rough, much rougher than it is now,” said Lee, describing the state of the larger building. “Gritty, empty – there were vast, vast swaths of this building that were desolate, nothing going on, nobody leasing them. There was no management face in the building. You were really on your own; you were left to your own devices, which artists mostly like.

“I needed a place to finish my project, as well as do other work. So, Wug’s like, ‘Bring your work bench down here. I’ll give you this little corner, and you can finish your project.’ So that’s how it started.”

Lee built a career as a full-time metalsmith, turning to jewelry after her construction management job vaporized in the Great Recession. She feels that working with her hands has become essential to her being and relishes in producing something tangible. She loves all aspects of creating.

“The method employed, or the object produced, almost doesn’t matter – forging, fabrication, carving wax, casting, enameling in the creation of jewelry in silver or karat gold, cast rings or enameled landscapes on copper sheet – as long as my two hands are involved” she’s happy, Lee said.

On a recent educational trip to London, Lee found herself without her tools. She’s been pursuing her bachelor’s degree in English, with an emphasis in creative writing, at IUPUI, and the trip’s purpose was to concentrate on civic writing. But it opened Lee’s eyes to her true love: Metalsmithing.

“I missed my tools,” she confessed. “I thought I was going to be so enamored with being in London and taking the class and writing and doing creative stuff, that that would be my creative outlet, and I would be completely fulfilled. And I found I very much missed my tools, I very much missed the hand-to-mind-to-eye, that whole creative jumble that I get into here that produces an actual thing. I just love producing an actual thing that you can hold in your hands and wear on your body and give to a loved one.”

The completion of her degree will mark the end of a journey Lee started decades ago. Initially, she wanted to be a high school biology teacher, inspired by one of her favorite teachers, but she ended up becoming a triple-dropout before this last try, working in retail, bars and project management in the construction industry. She’d always loved writing, almost as much as working with her hands, and wrote The Complete Idiot’s Guide to Making Metal Jewelry, part of the Idiot’s Guide DIY book series.

“Going back to school has offered me possibilities for a different kind of life after I graduate, but I know that my life will always have a creative aspect that involves creating with my hands, not just my head,” Lee said.

She’s also looking forward to continuing to set her own terms, being her own boss. She’s learned autonomy over the years and takes pride in making a living off of her jewelry. It wasn’t easy, but she feels it was all worth it.

“I realized that I didn’t want to have that corporate job again,” said Lee. “I realized it more than once. There were times when I really missed that paycheck. There were some very, very lean times.”

To supplement her income, at times Lee worked at the Indianapolis International Airport in security, or took temp administrative work. But she is very proud of her work with IDADA: TURF, an installation show that took over the then-vacant Old City Hall building Downtown. It was hosted and organized by IDADA, the Indianapolis Downtown Artists and Dealers Association, in an effort to showcase the artistic side of Indianapolis during Super Bowl XLVI in 2012. At that time, Lee served as IDADA’s vice president, and is also a past president.

“IDADA were the first people that went in and made something that drew a lot of people from all over and gave it a lot of attention,” Lee explained. “It’s just another example of how artists go into a space and turn it around and let people see the other facets of what it is or what it could be. And now that building is occupied, and I couldn’t be happier. It’s beautiful.”

Wug Laku was an early supporter of IDADA and the First Fridays concept. With so few artists at the CCIC then, the artists were practically begging for visitors, Lee recalled. Now, hundreds of patrons pack the halls and corridors of the building each month, seeking out the latest work of over 60 artists. The biggest illustration of the change, for Lee, has been the evolution of the CCIC on the IDADA First Friday Art Tour map, issued monthly before the organization’s dissolution at the end of 2017.

“This whole building was represented by Wug Laku’s Studio and Garage, which is so interesting to me because now, when IDADA left off doing the First Friday map, the First Friday map had a dot for the Circle City Industrial Complex, rather than each individual art studio that was open because it became such a mass of art studios that were open. Back in the day, though, there was one dot on the map that represented the art that was happening in this building,” Lee said.

Lee joined IDADA as an artist member in 2008 and quickly became the organization’s secretary, before serving as the vice president to Kenan Farrell and then as president in 2013. She met her husband, Rad Drew, at an IDADA event that year, and she quickly fell in love with his poetic romanticism. He enjoys the poetry Lee writes (“He’s my biggest fan, next to my mother”) and is an “iPhonographer” – an iPhone-photographer. Lee often exhibits Drew’s photography, documenting his latest international adventures in her gallery room.

While the traditional 10th anniversary material is tin, diamond jewelry is also a favored gift, so Lee’s October show will focus primarily on rings and earrings set with black and white gemstones.

“Although I’ve set lots of diamonds for custom orders, I don’t generally have them in my display case for retail sale, so I’m stoked about that,” Lee explained. “I’ll have a few faceted and raw diamond pieces, along with gems like white sapphire and moonstone – which is a favorite – black spinel, and some very nice cubic zirconia, at a variety of price points.”

The facets of a diamond caught Lee’s attention as a symbol for her journey through life, as an artist, as a student, as one of the founders of the CCIC Artists, as well as the CCIC’s journey through the artists itself. She’s invited the whole artist community at the CCIC to celebrate with her, including Martha Nahrwold, who, with 27 years in her studio space, is the only artist who’s been in the building longer than Lee.

“We have among our artists here a community,” Lee said. “We want to do well for one another: ‘A rising tide lifts all ships.’ I want to see everyone do well here. I don’t care if they know who I am; I’m not important in that regard. I’m just glad that they have a place where they can come and create art. Art that helps them, art that they can sell, art that creates community within the building and is interesting for people to come in and see what is going on here.

“I could never have imagined, 10 years ago, when a tree fell on my home studio, that I’d have been swept into a role pioneering this artist community, having a gallery of my own, working with some amazing artists in developing my career, starting a guild for metalsmiths, writing a book, serving on a nonprofit board of artists, showing my work in many local shows, receiving two grants, and selling a piece of sculpture that sits in a castle in London. Getting married, visiting London and going back to school to finish my degree are just delightful surprises I’ve enjoyed along the way.” 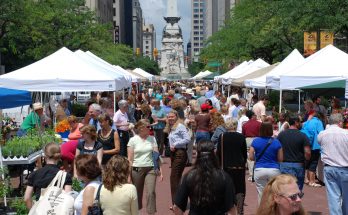 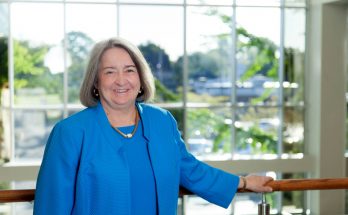 Library CEO to embark on 2021 ‘Love Your Library Tour’ 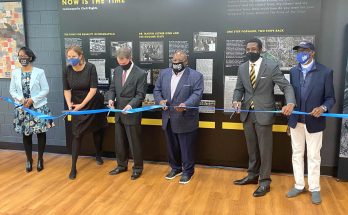