Dear Santa: Give us a cool trail to Fountain Square, or fully engaged neighbors, or a parking garage, or better alleys, or working fountains 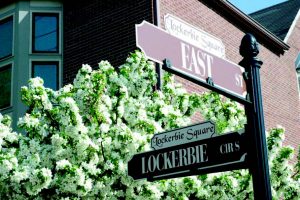 ’Twas the month before Christmas, and Indy Claus put a call out to neighborhoods near Downtown Indianapolis to see just what was on their minds. New building projects sprout up in steel or concrete panel all within the Mile Square, but Indy Claus wanted to know – if budgets or no other strings were attached – just what would the neighborhoods would like as Christmas gifts.

Growth and revitalization in the neighborhoods has not been evenly paced over the decades, with some areas setting their roots and organizing decades ago, while others had to overcome decades-old setbacks such as the interstate installation.

Five neighborhoods, each in various states of revitalization, responded and lined up before Indy Claus to present their wish list. In many ways, their responses mirrored where these neighborhoods were in terms of their development on the ground.

First up to Indy Claus was a shy little neighborhood, Bates-Hendricks, that’s been suddenly thrust into the spotlight. 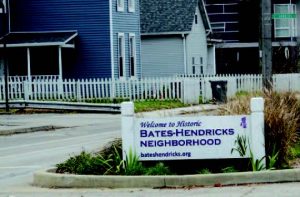 The Near Southside neighborhood has been portrayed on the locally produced HGTV show Good Bones as a more affordable neighbor of Fountain Square. Claiming they’ve priced themselves out of their home neighborhood, the host pair, Mina Starsiak and Karen Jensen, have often turned to Bates-Hendricks in their quest to “renovate Indianapolis one house at a time.” Throughout the seasons, they’ve picked their way through Orange or Sanders streets, and one home on East Street has become a headquarters for their enterprise, Two Chicks and a Hammer, and has announced plans to open a retail space and bar nearby.

With this increased national attention on the neighborhood, Nick Zimmerman of the Bates-Hendricks Neighborhood Association said that his neighborhood requests “a better connection to Downtown Indianapolis and Garfield Park” as its holiday gift. He explained that connectivity can come via a multi-modal path, dubbed the “East Street Pathway,” which would follow the corridor highlighted by the Good Bones women.

“This multi-modal path is intended to provide a number of positive, community-building effects,” Zimmerman said, listing several examples. “Improved walkability from each end of the neighborhood; safer passage for cyclists and other active residents; a heightened interest in commercial, residential, and economic development projects throughout the neighborhood; and, arguably most importantly, more opportunities for both residents and visitors to connect and socialize through an incredible community asset.” 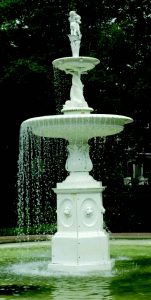 In many ways, it’s believed the East Street Pathway would provide many of the benefits that the Cultural Trail has brought to Fountain Square, connecting a neighborhood seemingly orphaned by the interstate system a generation ago from Downtown and the economic resurgence north of Interstate 70 and the South Split. Such a Pathway could also act as a conduit to the cultural attractions of the Garfield Park neighborhood, including the park itself, as well as the activities of the Big Car Collaborative.

Zimmerman cites statistics from the IU Public Policy Institute, gathered from 2008 to 2015 on the effects of the Cultural Trail, to back up the Bates-Hendricks Christmas wish.

“Property values within approximately one block of the eight-mile [Cultural] Trail have increased 148% since 2008, an increase of $1 billion in assessed property value,” Zimmerman reported. “[The] average expected expenditure by Trail users is $53, and 95% of users surveyed felt safe while on the Trail.”

Next in line to sit on Indy Claus’s lap, was Lockerbie Square. This neighborhood is inside the interstate “split,” and has preserved much of its charm over the years, including an iconic brick-paved street, harkening back to the days when its Victorian homes were brand new. In contrast to up-and-coming Bates-Hendricks, already-here Lockerbie has a nearly 50-year-old neighborhood association. Christy Norris, president of the Lockerbie Square People’s Club, said Lockerbie Square want to focus on the passion of people power. She requests “more neighbors” as the neighborhood’s holiday gift.

“Furthermore,” Norris continued, “I’d like to see things that divide us – neighborhood boundaries, interstates, political views, etc. – become the things that unite us.”

Immediately north of Lockerbie Square, and overlapping with the thriving Mass Ave commercial district, sits Chatham Arch. With that in mind, Shawn Miller of the Chatham Arch Neighborhood Association cuts right to it.

“Mine would be a 500-space municipal parking garage located somewhere close to the eastern end of Mass. Ave,” said Miller, mindful of the parking crunch on Chatham Arch residential streets. “Here’s hoping there really is a Santa Claus, which is probably the only way that will happen.”

Indy Claus gives a wink and a nod (and overlooks Miller’s momentary disbelief in his existence). While it’s not a municipal parking garage, or close to the amount of spaces Miller would like, Indy Claus does hope that the ongoing Bottleworks project will add additional parking options for the neighborhood, which has often struggled with overflow parking from the vibrant Mass Ave nightlife and daytime commercial district.

Scampering up to Indy Claus next is the more-recently revitalized Herron-Morton Place. Farther north than Chatham Arch, it claims 16th Street to the south, 22nd Street to the north, Pennsylvania Street to the east and Central Avenue to the west as its boundaries. With a deep history including Civil War training camps, and many of its stately homes being carved up into Depression-era multi-family homes, this neighborhood now hosts a mixture of new dwellings alongside the preservation of the old, as well as Herron High School in the former home of the Herron School of Art and Design. 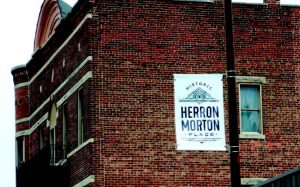 With so much to look at while walking down its residential streets, what would top this neighborhood’s wish list? Ruth O’Nell of the Herron-Morton Place Neighborhood Association has only three words.

For Herron Morton Place, O’Nell feels it’s time to tackle the “out of sight, out of mind” aspects of neighborhood renewal, if anything, just out of a need for safety.

“Currently, there are so many potholes (neighbors have even had car damage) and trash collects because the alleys are such a mess that residents just seem to give up on them,” O’Nell said.

Indy Claus gazes into Herron Morton Place’s face with alarm and concern, while being secretly relieved that his sleigh stays on roof tops.

“It would add to the sense of pride in the neighborhood, and encourage residents to keep the alleys clean,” adds O’Nell.

The last neighborhood to approach Indy Claus with its wish list is the Near Eastside’s Woodruff Place. This neighborhood got its start as an early suburb, its own little town, well before the days of Carmel or Fishers acting as Indianapolis boundaries to the north, or Plainfield and Brownsburg bordering to the west.

Only three streets wide, it held onto its independence until the 1960s right before the implementation of Unigov, the consolidation of many of the aspects of city and county government in Indianapolis and Marion County, which led to the absorption of other smaller towns such as Meridian Hills and Homecroft.

The defining feature of neighborhood that inspired Booth Tarkington’s The Magnificent Ambersons is Woodruff Place’s fountains in the middle of its three boulevards. And those fountains, said Alessandra Souers, editor of the Woodruff Place Post, are in need of some love.

“Woodruff Place would ask for all nine of our fountains to be restored to provide and maintain the vision that James Woodruff had developed for the suburban oasis in the 1860’s,” Souers said. “These cast-iron fountains were installed between 1873 and 1876. Five remain in part or in whole today, 145 years later. These fountains and their beautiful water displays distinguish Woodruff Place from any other suburban residential development, then or now, and restoration would ensure Woodruff Place remains a destination for families to peruse and enjoy for generations to come.”

Souers closed her wish list with an 1879 quote from “one who knew” James Woodruff well: “Those who shall be there a score of years hence, will be charmed by its beauties and attractions, its homes embowered amid towering trees and blooming flowers, and the music of birds and splashing waters of the fountains so soothing to the ear, and pleasing to the eye….”

Indy Claus is moved, and discretely wipes his eye. He doesn’t get to see much more than snow, and likes the idea of blooming flowers and towering trees and water that’s not frozen.

He stands and gives each of the neighborhoods a hug and then invites them over to a table filled with Indianapolis flag-frosted sugar cookies, and the little peanut butter cookies with Hershey Kisses in them (Indy Claus’s secret favorite). He waves to them as he climbs into his sleigh – there’s still more work to be done back at the workshop – and takes heart in the looks of hope on their faces. The neighborhoods wipe cookie crumbs from their faces and look forward to what the future might bring. 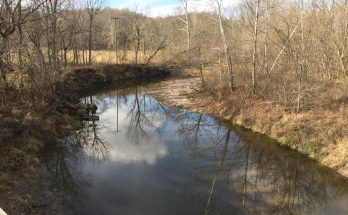 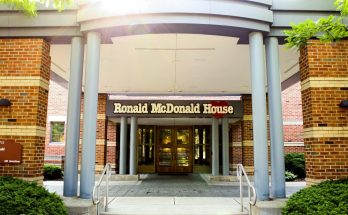 THIS JUST IN: The Impact of Working at a Nonprofit 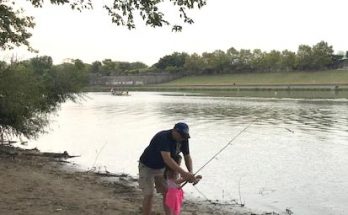 BONUS COVERAGE: Take an Exploration Along Our Waterways