Monday, March 18, is the deadline for practicing artists to apply to buy one of five affordable, rehabbed houses in the Garfield Park neighborhood.

For this program, the partnership of Big Car and Riley views the label of artists broadly to include creatives, makers, designers – anyone who considers themselves an artist. Applicants – who will be selected by a panel of out-of-town experts and neighborhood residents – may work in fields such as architecture, culinary art, curation, visual art, public art, furniture, fashion, craft, design, film, writing, performing arts, music, theater, placemaking, socially engaged art.

“Ultimately, we will be teaming up with resident artists who see their work with the public – and their work for the benefit of the community – as at the core of their practice and their production as artists, said Jim Walker, Big Car Collaborative CEO and lead artist. “We’re looking for artists who want to make a difference as artists and neighborhood leaders, and see this work in support of the community as truly part of their art,” said Walker, who resides in the neighborhood with his family.

Applications are being accepted via www.bigcar.org/project/aplr for five affordable homes for artists of all disciplines who will team up to boost the transitioning neighborhood just south of Downtown. Artists will begin moving into these now-renovated houses on Cruft Street this spring. This is a reboot of the program launched two years ago before pausing to work out various aspects of the program and partnership.

An informational meeting and tour of the houses will take place at 7 p.m. Monday, March 11, at Tube Factory, 1125 Cruft St. The meeting will be shown live on the Tube’s Facebook page. Also, houses in the program will be open for visitors to tour at the First Friday celebration on the block on March 1.

The Artist and Public Life program works much like an exchange, with artists who qualify for the program both financially and in terms of their practice as artists co-owning the homes with the partnership. Through that arrangement, the artists pay only a portion of the cost. The artist homeowner will purchase a 49% ownership interest in the home costing between $49,000 and $72,000. The artist home buyer must meet income qualifications. Qualified artist buyers are required to make less than 80% of the average Marion County income, or less than $43,250 per year for single-member households. As part of the exchange, the artist residents commit to working for six years in support of the community as part of their practice as artists. They will also have access to nearby facilities and support from Big Car staff.

If the artist should move out in the future, the partnership will buy their 49% share of the house and put it back in the program at the same cost level, ensuring that affordable home ownership sustains. This way, increased property values caused — at least in part — by art-focused community development boosting demand in the neighborhood won’t price out artists on this block currently transforming from mostly vacant to vibrant.

The program works as land trust for artist housing. The idea is to keep the houses outside of market forces and maintain an affordable place for artists to be able to be homeowners in the community.

The nonprofit art and placemaking organization Big Car Collaborative and Riley Area Development Corp. have worked with the Indianapolis Neighborhood Housing Partnership, Garfield Park Neighbors Association, the South Indianapolis Quality of Life Plan. Working with expert volunteer teams such as from Indy Mod Homes and Axis Architecture, the partners have renovated the formerly boarded up homes.

The houses will now serve as a catalyst for positive activity on a short block that dead ends into an interstate highway that has caused challenges for the neighborhood now anticipating a booth from Indy Go’s Red Line bus rapid transit, opening this summer.

On this same block, Big Car – which formed in the nearby Fountain Square neighborhood in 2004 – operates Tube Factory artspace, a community art center that also serves as base of operations for Big Car’s citywide work to “bring art to people and people to art, sparking creativity in lives to support communities.”

Big Car also operates Listen Hear, a sound art gallery and home for its new community-and-art-focused FM radio station located at the end of Cruft at Shelby Street. Big Car owns the Tube and Listen Hear buildings, opening both in 2016.

In December of 2018, Big Car received $3 million for Cruft Street Commons, a project that connects this artist housing program with renovating a second, larger industrial building on the block for studios and exhibition space, renovating five other formerly vacant houses for affordable artist rentals, and improving green space behind three of these houses as a public sculpture garden.

Artists living in the Artist and Public Life ownership homes will be able to access Big Car’s other facilities and be part of these programs and help further expand efforts in the neighborhood to promote monthly First Fridays as an art-filled mini-festival on the block.

“This is an effort to support and attract artists who use their talents and skills to drive positive change in the community,” Walker said. “Our goal is to allow artists enjoyable and equitable home ownership while they work with other neighbors and boost the livability, diversity, safety, health, and economy of the neighborhood,” he continued. “We’re also working with neighbors to weave culture and creativity into the fabric of the community.”

The houses used in this program previously sat vacant, some for many years. No existing residents were displaced as the partnership acquired the houses. And these efforts are happening in partnership with current residents as a way to work together to further strengthen the neighborhood and keep affordable housing for artists in place.

“Other entities are also working on strategies for affordable housing in general in the area,” Walker said of the neighborhood anchored by a 128-acre historic city park. “Our focus is with artists because we’re an arts organization determined to support the neighborhood where we’re based. And we want to help make sure the existing residents and artists who are filling the vacant houses are both able to stay on the block, long term. We want this to become a neighborhood known for art and artists – and stay that way.” 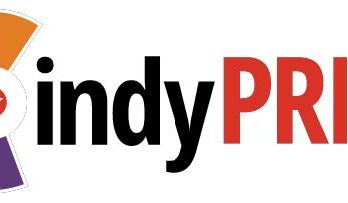 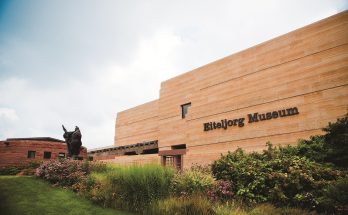 THIS JUST IN: Museums stay connected by offering virtual experiences 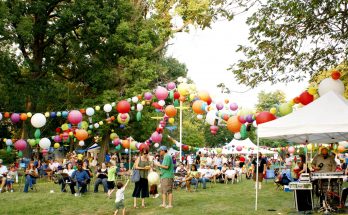