In 1957, an article in the Indianapolis Recorder, the city’s black-owned newspaper, featured the following report on the International Motor Club, which had offices at 241 E. Ohio St.

The Motor Club, the report went, was “especially equipped to give complete travel information to the Negro motorist and travelers. Organized six years ago to meet the needs of Negros, it is prepared to furnish lists of satisfactory hotel, motel and private home reservations anywhere throughout the entire country and Canada.”

Like its competitor publication, the “Negro Motorist Green Book,” first published in 1936, the International Motor Club aimed to provide information to keep black motorists safe in the age of Jim Crow America. Although the landmark Supreme Court ruling in Brown versus the Board of Education of Topeka Kansas had made the “separate-but-equal” cornerstone of segregation and Jim Crow legislation illegal in 1952, prior to this, many hotels and restaurants barred blacks. Even after the desegregation ruling, many continued to do so illegally.

The Green Book and the International Motor Club not only protected blacks from the potential dangers of these discriminatory practices, they also saved them the embarrassment of being told they were not welcome. Although Indianapolis was a northern city, business owners here discriminated against blacks, too. Wise travelers used resources such as these guides, along with family and friends and word-of-mouth recommendations, to locate safe havens in strange places.

In Indianapolis, many of these safe havens were found in homes of people who agreed to house guests in an extra room or two. For everyone – traveling families to famous musicians – guest houses were safe, comfortable, homey spots. The late Indianapolis jazz musician, Pookie Johnson, said in a 2003 interview that even Duke Ellington stayed at a guest house when he played Indianapolis. Although Johnson didn’t know or didn’t share the address where Ellington was put up, the 1960 Green Book noted a guest house at 31 West 22nd St., Indianapolis, along with a small handful of hotels.

By the mid-1940s, blacks could opt to stay at one of a few black-owned hotels in Indianapolis. The Indianapolis Recorder ran advertisements for these. A 1945 ad for the newly opened Hotel Zanzibar said that “ball fans and ball players stop at Naptown’s finest Colored hotel.” In June 1945, an article reported that Deek Watson, formerly of the Ink Spots and now with the Brown Dots, was a recent guest.

A 1946 ad touted the Hotel Ferguson at 1102 N. Capitol Ave., where the weary traveler could stay in a clean room and the hotel management extended to one and all – not just hotel guests – “the personal invitation to accept the hospitality of our dining room. Delicious meals prepared under the experienced management of James Sanders. Three meals daily. We cater to clubs, church organizations, private parties.”

On Sept. 14, 1946, (less than two weeks after the end of World War II) the Trotter Bros. Hotel at 423½ Indiana Ave. advertised its location. That same day, the Hotel Hawaii advertised “Indiana’s Swankiest Colored hotel. All rooms outside exposure. Everybody who is anybody stops at the Hawaii. Two entrances: 406 Indiana Ave; 306 W. Vermont St. Miss Emily Hamilton Resident Manager.”

The Hotel Zanzibar advertised rooms “nightly or transient,” leading one’s mind to wonder what sort of transient activities might be carried on there, but considering the myriad dangers that could easily arise for a black man or woman who pulled off on the side of the road to catch a quick nap while driving, a location that offered a few safe hours of rest would have been an important factor in road safety. “Indiana’s Swankiest Colored hotel,” the Hotel Hawaii, offered transient rentals, too.

By 1948, the Jackie Hotel had opened next door to the Recorder on Indiana Avenue.

In 1951, the Hotel Zanzibar was “Naptown’s Smartest Hotel,” according to an ad in the Recorder. All the rooms were “furnished with bedroom suites, hot and cold running water, fans, Juke Box music, [and] steam heat.” Marie Saunders was the resident manager at the Zanzibar. And the 420 N. Senate Ave. location was “Just off the Avenue,” Indiana Avenue, that is, the center of black culture in Indianapolis.

By 1950, the Hotel Ferguson on Capitol Avenue had a nightclub attached, the “beautiful Rendezvous Room.” Jimmy Hinsley’s combo played nightly. The hotel and the club had a new manager, Leo Lesser, a WWII veteran. In an open letter published in the Recorder on June 10, 1950, hotel owner George Ferguson wrote that rumors that he’d sold the hotel were greatly exaggerated and that, instead, he’d done extensive remodeling in the building. “Sure! Times are getting tougher and it’s tougher to make a buck. But the hotel business is always tough,” he said, not mentioning that the black hotel business must have been even tougher than most.

Times remained tough enough for black travelers that the Green Book remained in publication until 1966. By that time Indianapolis’s black population was beginning to disperse into the suburbs. The passage of the federal Fair Housing Act in 1968 opened the door to a massive outmigration from the once segregated neighborhoods around Indiana Avenue and other black enclaves in the city. The enforcement of desegregation laws forced open the doors of all hotels to an integrated clientele and ironically closed the era of Indianapolis’s blacks-only hotels.

Connie is a historian who researches and writes about design history and Indianapolis and owns C. Resources, a preservation consulting firm. Her column has appeared in Urban Times since 2007. 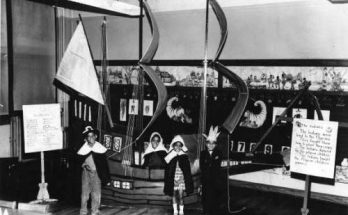 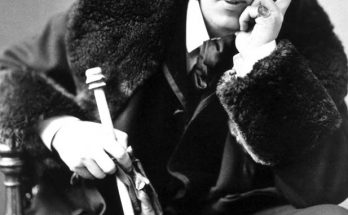 History 301: City didn’t make much of an impression on Wilde 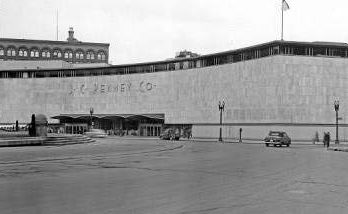