This essay was originally published in the February 2010 issue of Urban Times. Time will tell how the currently pending upgrades in the IndyGo bus system, including the Rapid Transit Lines, will affect this historical review.

In the modern city we take for granted that there are places where we live and places where we work and that, generally speaking, they aren’t the same place. This wasn’t always the case.

Throughout much of the history of Indianapolis, most people lived and worked in the same location. Zoning ordinances began to change that in the early 20th century. In some cases, these new ordinances recognized and perpetuated the intermingling of work places with residences. In other situations, zoning helped to create the divided city we now know by requiring distance between industry and homes and even between commercial establishments and residential areas.

In many ways, it was these 20th-century zoning rules that made Indianapolis residents more dependent on individual transportation than people who live in other metropolitan areas. In the 21st century we accept these enforced distances, but as we seek to become more environmentally friendly we may want to revisit the past as a way to look at our city in the future.

In the first decades after Indianapolis was founded there were farms along the edges of the city where families spent their home life and work life on the same property. And the edges were very close to the center of the early capitol. Our city’s indefatigable diary keeper, Calvin Fletcher, lived on his farm, Woodlawn, in the area of current-day Fletcher Place/Fountain Square. It’s hard to imagine how Fletcher found time to farm, though, since he seems to have had a hand in just about every activity both important and trivial in early Indianapolis – including helping to found the first bank, becoming an early land developer and running a law practice.

It wasn’t just farmers who worked at their homes. Early merchants, especially in ethnic areas such as the heavily German Fountain Square and the German Jewish enclave on the Near Southside, lived behind or above their shop spaces. For instance, in the 1890s, a Jewish butcher named Mertz lived above his butcher shop in the fine brick building (which still stands) at 801 S. Meridian St. Mertz probably worshipped at the Jewish Synagogue on South Meridian Street (demolished a few years ago), which was just a block from his work/home.

In addition to those whose home and work were under the same roof, in the mid- to late-19th century many residents plied their crafts from separate buildings on their properties. Old Sanborn fire insurance maps reveal that tin shops, liveries and carpenter’s workshops show up in small buildings behind homes all over the city, including in the neighborhoods we now call the Old Northside, Chatham Arch and Fletcher Place.

These same Sanborn maps also show us that even those who worked in manufacturing establishments could have lived less than a block away from their workplace prior to the turn of the 20th century. This was true for residents of many Downtown neighborhoods, including Lockerbie, as well as those in the Near Northeast Martindale area where sawmills and coke plants sat within and along the edges of that Downtown neighborhood just east of the current-day Monon Trail.

The first official attempts at separating industries from home came in 1905 when the Indianapolis Common Council began to regulate the location of factories to keep them from being constructed in areas that were primarily residential. But, according to the Encyclopedia of Indianapolis, the Common Council didn’t pass the first official zoning ordinance for the city until 1922.

That ordinance established a volunteer City Plan Commission, which had powers to establish districts that would be based on property use. These “use districts” separated out single-family residential developments from multi-family apartments, and from business and light and heavy industry. But this early zoning foray affected only new development. Old neighborhoods generally remained mixed in use, as they had always been.

The Commission created the first master development plan for the city in 1935. The plan zoned Downtown for business, left what was seen at the time as the less desirable west and south sides as mixed-use zones and set standards for north and east side development to be almost exclusively residential.

Since then, the Department of Metropolitan Development has overseen zoning in the city. Although there is a process for seeking variances to zoning ordinances, generally speaking the DMD today continues to keep separate zones for work and homes. And, with few exceptions, those of us who live in Indianapolis now drive our cars away from home to other areas to do our shopping or begin our work day. (That situation was moderated somewhat by the makeover of the city’s zoning ordinances, known as Indy Rezone, in 2016.)

Indianapolis residents, perhaps more than most around the country, have embraced the concept of “commuting” created by these zoned divisions. We expect there to be considerable distance between work and home. We don’t want to smell or hear factories; often we are challenged even by the idea of neighborhood restaurants or groceries. And while in the modern world we believe there are health and/or quality- of-life reasons to have industries or businesses apart from homes, our 19th century forebears, lacking modern-day autos, instead embraced a walkable and varied-use city.

Connie is a historian and owner of C. Resources, a preservation consulting firm. 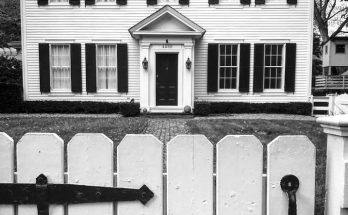 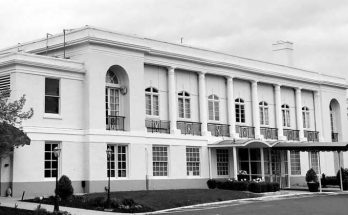 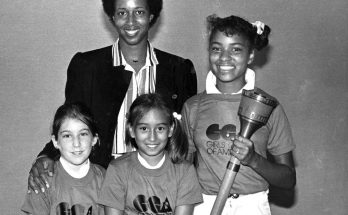