Relief has come to Downtown commuters with Friday’s reopening of the Central Avenue Bridge over Fall Creek. Thirty-two months after being closed for a complete reconstruction, the historic bridge was scheduled to be open to traffic by afternoon rush hour.

But there’s another big change: The bridge now features two-way traffic. When it closed in 2017, traffic was one-way southbound. Drivers will also notice that left turns from E. Fall Creek Pkwy North Drive onto College Avenue will remain. Prior to 2017, these turns were not legally allowed.

The Central Avenue bridge first opened in 1901. The historic nature of the bridge required meticulous attention to its reconstruction, officials with the Department of Public Works said.

The bridge opens with a new superstructure, deck and sidewalks. The cost of the project was $5 million. The project received federal funding in coordination with the Indiana Department of Transportation and the Indiana Division of Historic Preservation and Archaeology.

THIS JUST IN: COVID-19 vaccine has arrived / Other city news 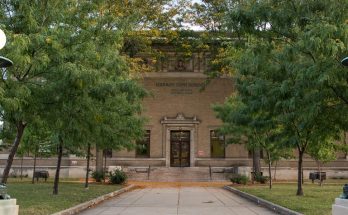 THIS JUST IN: Herron High School system adding an elementary school next year 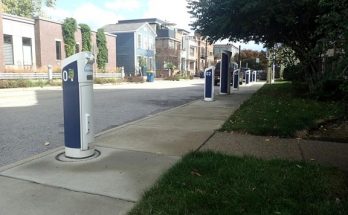 THIS JUST IN: City wants to know your ideas for BlueIndy charging sites