In 1969, the #Metoo movement was still far in the future. Women were earning 58.9 percent of men’s wages and the Mary Tyler Moore Show – ground-breaking TV about a single, working woman – was still a year away from premiering.

But in 1969 in Indianapolis a group organized to help girls enter the future as women well-equipped to make the changes and handle the hurdles that were coming their way.

Born out of the Girls Club, which had helped girls learn to be better homemakers since the 1920s, Girls Inc. formed two Indianapolis Girls Clubs –  the Southside Girls Clubs and the Model Cities Girls Club.

In 1973 an article in The Indianapolis Star reported, during National Girls Club week, that the Southside Club was holding special celebrations. A parade through Fountain Square, a neighborhood cleanup, and a cook-out were planned. Some of the members appeared on the local TV show, Sally Jo and Friends. The group was also planning a talent show and a banquet where awards were given to winners of contests in swimming, sewing, cooking, dancing, crafts and guitar-playing.

Although the two clubs were independently funded, both received grants from Lilly Endowment and the Community Services Program. The Southside club had purchased the former School 20 building and the Model Cities club, which served almost 200 members, was operating out of a rented five-room house. But the two organizations dreamed of a central location where all the Marion County members could gather.

Combined the two organizations offered girls tutoring, counseling, and “an opportunity for cultural exposure not available in the home or school.” Along with the traditional “women’s work” of sewing and cooking, the organizations trained girls in auto mechanics, and taught archery and golf; the performing arts and gymnastics were also on the menu.

By 1995 there were five more Girls Inc. centers planned for Indianapolis. Programming stressed careers and life-planning for the girls aged 6 to 14 who were members. But a dire need for funds to acquire those spots was mentioned in an article about the group in The Indianapolis Star that year.

In 2001, Girls Inc. expanded its National Resource Center at 441 W. Michigan St. The $2.3 million expense of the building project was paid for by Lilly Endowment. The center was the first new building along the newly redeveloped Central Canal in Downtown Indy, according to The Star.

Another Lilly Endowment grant in 2016 allowed Girls Inc. of Greater Indianapolis to expand a program to reduce bullying and help girls achieve healthy body images. The $2 million grant amounted to 20 percent of the organization’s budget and helped the group expand the program to schools in Marion, Johnson, Jefferson, Shelby, Monroe and other counties.  The local organization served 3,700 girls that year in multiple programs.

The year 2019 marks the 50th anniversary of Girls Inc. in Indianapolis. This year Girls Inc. launched the Eureka! program, a five-year STEM leadership development program in partnership with IUPUI and several corporate partners. The organization also expanded its school presence throughout Indianapolis, according to its website with programming for girls ages 6-18.

The Young Women in Leadership program, aimed at high school girls, saw 100% of participating girls graduate from high school on time and moving on to a college or career path.

Today, the organization is housed at 3935 N. Meridian St. Current President and CEO Elyssa Campodonico-Barr said, “We still have a lot of work to cover to achieve gender parity. Girls Inc. provides an environment that’s pro girl, sets high expectations, and stresses that every girl is valued by equipping her with the skills and confidence to overcome incredible obstacles. I am proud of the work we have accomplished in Indianapolis and excited for what the next 50 years of our future holds for women in our community.”

Girls Inc. is helping turn girls into women who thrive in the modern world. Still, a bit of retro Mary Tyler Moore Show wisdom may best express what that organization teaches girls: “You can have the town, why don’t you take it? You’re gonna make it after all.” 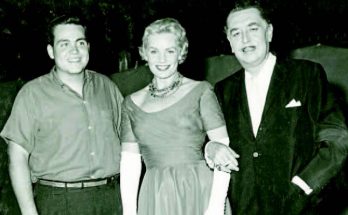 History 301: The tumultuous life and career of Frances Farmer 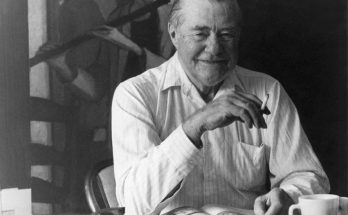 Indy architect unknown here, but not around world