Oliver Johnson, whose family pioneered in the early settlement of Indianapolis, left a green legacy in that village that became this city. His woods remain, in more than just name, on Indianapolis’s north side.

Many years of farm life kept Indianapolis pioneer Oliver Johnson looking and acting as young as a man in his 50s, even as he turned 80 in 1901. The Indianapolis News reported that the six-foot octogenarian, who came to Indianapolis as an infant in 1823, greeted friends arriving for his birthday celebration at the door of his “two-story frame dwelling in a walnut grove one hundred yards off Central Avenue just north of Forty-Second Street.”

Johnson was “straight as a young soldier” and apparently had been as lucky in love as in his health, for his 77-year-old wife was at his side. Henry Ward Beecher had performed the couple’s marriage. Like her husband, Mrs. Johnson was in good health, in good faculties and, so the article noted, with “hearing as acute as when she was Permelia Howland sixty years ago.”

Johnson told the newspaper reporter that he figured his entire doctor bill over the course of his 60-year marriage amounted to about $25. His only major illness had been when he’d had the ague (malaria, a common illness in the early days of swampy Indianapolis), which he attributed to a plague of caterpillars that “started the miasma” when they came for three years in succession and “killed the trees that had rooted in the swampy land.”

Despite some dubious home remedies for the ague, one of which included drinking water that had been steeping in the musket of a gun overnight, and a life of hard farm labor, Johnson survived and prospered, and was still working the land in his 80th year.

In the newspaper article published on his birthday, Johnson bragged that he’d always kept about 60 acres of his farm in woods and that those acres had been as profitable to him as had the other 102 acres that he had tilled and labored over.

In 1904, Johnson’s land paid him back in an incredible profit far more than it had as a working farm. In June, 80 acres of the property – which had been divided among Johnson and his three sons, and which included some of his “woods” – sold for $1,000 an acre, according to The Indianapolis Star. A little over a year later, in October 1905, some of the woods had been platted as the Woodcroft Addition to the city, and lots were up for sale.

Not quite two years later, in March 1907, Oliver Johnson, then 85 and the oldest continuous resident of Marion County, died. The  Star ran a long article about him, with a photo, noting that he died in the home he had built in 1862 at 4451 Central Ave. and that he had not ventured outside of Marion County more than six weeks since he arrived here in 1823.

According to the article, “at the time of his death, Johnson did not own a foot of ground. All of his land had either been sold or distributed among his children and the surviving widow, but he lived comfortably on his bank account.” Not surprising, considering the windfall land sale he’d had just two years earlier.

Some of Johnson’s 12 siblings were still alive, including “Mrs. Hiram Haverstick, living north of Broad Ripple” and apparently another proponent of keeping land in woods (Haverstick Woods was only recently bulldozed to make way for development).

The remaining land in Johnson’s Woods was platted in 1909 as an addition named smartly, “Oliver Johnson’s Woods.” Between 44th and 46th streets, and College and Central avenues, Oliver Johnson’s Woods Addition featured lots that were 100-feet wide and 178- to 179-feet deep. The ads claimed these were “the last of the few wooded tracts North.” The only lots left for sale were on Broadway and Park Avenue; both streets were planned at 60-feet wide, allowing enough space for “parkways in the center when the streets are improved,” although Broadway was trimmed down to 40 feet when it was paved a few years later.

In these years, both speculative and custom homes were built for the city’s elite in Oliver Johnson’s Woods. A National Register of Historic Places nomination, approved in 2004, counted 93 homes in the addition at that time. The majority of those were built in the years between 1909 and 1925 in styles that were popular and “modern” in their time.

Today, the beautiful homes there harken back to an earlier time when the city’s entrepreneur class built stately mansions.

This place, these few streets in what is now the middle of the city, feels different. Not only are the homes – for the most part – old, large, lovely and well-cared for, but many of the owners seem to have also honored old Oliver Johnson’s belief that the woods are worth just as much as the other land. Wooded areas remain between many properties and giant trees front many of the lots.

On a recent autumn stroll through Oliver Johnson’s Woods, migratory birds were flitting between the huge old trees and woodlots, following their own group memories from the time before houses had interloped, even before Oliver Johnson lent his name to the woods they returned to each year on their travels.

Johnson’s home remains on what had once been his property. It was turned to face Park Avenue in 1919. Both the house and all of Oliver Johnson’s Woods (addition) are now listed on the National Register of Historic Places. 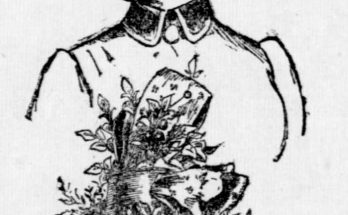 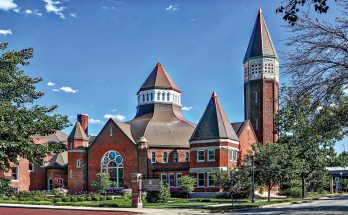