The owners of two popular Downtown coffee shops and an Irvington tiki bar continue to expand their options – this time in the soon-to-open food hall in the Bottleworks District.

The new venture will be called Certain Feelings Coffee Co., brought forth by brothers Neal and Paul Warner, who founded Coat Check Coffee Co. in the Athenaeum and later Provider coffeehouse at 16th Street and the Monon Trail.

“We are thrilled to expand our brand to Bottleworks District,” Thompson said. “Two of our existing cafes are located in historic buildings, so the transition to Bottleworks seemed like a perfect fit for our theme and vision. We’re looking forward to bringing a fresh, new light into the historic place.”

But Certain Feelings isn’t the only recent addition to the Bottleworks food hall roster. To be known as The Garage (because it is housed in two former garages of the Coca-Cola Bottling Co.), the food hall roster has grown to 18.

Joining the list is Sundry and Vice, a cocktail bar which calls Cincinnati’s Over-the-Rhine district home. (That Mass Ave-like neighborhood is also home to other Mass Ave ventures such as The Eagle, Bakersfield and Krueger’s Tavern.)

Sundry and Vice will serve modern takes on classic cocktails, using syrups made in house and freshly squeezed juices, and will have an emphasis on draft cocktails. The offerings build on the brand’s world-class cocktail program with hospitality that arises from Midwestern ethos.

“We have loved seeing people’s love for inventive cocktails grow in Over-the-Rhine with our apothecary-style design,” said Stuart King, owner of Sundry and Vice. “As we expand to Bottleworks, we look forward to seeing that same love flourish in Indy.”

These new tenants will open during Phase I of the project later this year. “We are excited to have Sundry and Vice and Certain Feelings Coffee Company join The Garage,” said Jeff Whiteman, chief operating officer of Geronimo Hospitality Group, which is managing The Garage on behalf of the developers, Hendricks Commercial Properties. “It’s important for us to incorporate beloved Midwest brands like Sundry and Vice, as well as local staples like the Certain Feelings brands, to make Bottleworks’ The Garage a distinct culinary hub that offers an experience you can’t find anywhere else in the city.”

The Bottleworks District, occupied on 12 acres which originally housed the Coca-Cola Bottling Co. and then for years the Indianapolis Public Schools bus operations, is a $300 million mixed-use development, the largest private development of its kind in Indiana. Bottleworks will serve as a culinary, arts, and entertainment hub, featuring the city’s first food hall, a boutique hotel, unique residential options, as well as 180,000 square-feet of flexible office space and 175,000 square-feet of prime retail space.

For an up-to-date list of The Garage food-and-drink tenants, go to https://www.bottleworksdistrict.com/garage

ARTWORK ABOVE: The Garage will be housed in two former garages which served both the Coca-Cola Bottling Co. and the Indianapolis Public Schools bus transportation system. 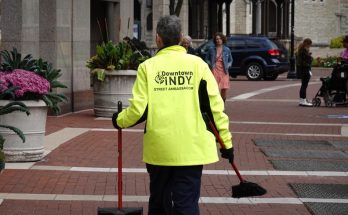 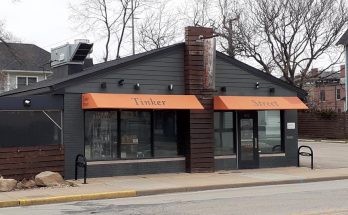 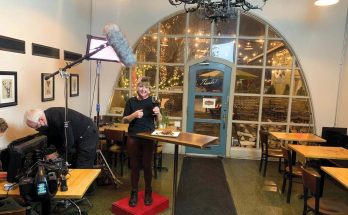 ‘Community Over Competition’ videos encourage support for all Downtown businesses