This report was originally published in the April 2013 edition of Urban Times. This reprint was prompted by the global coronavirus outbreak.

This year’s (2013) influenza flare-up had us all wondering if we should hole up in our houses to avoid germs. Having the flu makes you miserable, but it can also kill you. Twenty Hoosiers succumbed this year to the flu, a scary number. But as sad and scary as that number is, just imagine how terrified the city was in 1918 in the midst of a world-wide flu pandemic.

The influenza pandemic of 1918-1919 hit not long after the U.S. entered World War I, and it killed exponentially more people than the war did. In fact, even for soldiers, more deaths during the war were due to influenza than to battle.

Across the world somewhere between 20 and 40 million people were infected with influenza. More people died of this flu in a single year than in four-years of the Bubonic Plague in Europe from 1347 to 1351, according to Stanford University’s website on the influenza epidemic.

A number of historians have traced the first outbreak of what has become known as the “Spanish Influenza” to American soldiers quartered at a camp in Kansas. Men in the armed forces were especially vulnerable.

The first influenza cases occurred in Indianapolis in September 1918 among the military men quartered at the Deaf School near the Fairgrounds and at Fort Benjamin Harrison. Camp medical officers quarantined the first 15 infected soldiers to try to prevent spreading the virus. But this was a highly contagious strain and it spread quickly to other soldiers and outside the military encampments.

By Oct. 5, hospitals and doctors had reported 78 cases of influenza among the civilian population of Indianapolis, according to the University of Michigan’s Center for the History of Medicine. Four people had died. Newspapers reported that Board of Health Secretary Dr. Herman G. Morgan ordered the Indianapolis Traction and Terminal Co. to operate its streetcars with open windows, hoping fresh air would help prevent contagion.

However, by the next day, Oct. 6, 1918, there were nearly 200 new cases of flu in the city. Morgan issued an order prohibiting all gatherings of five or more people, closing the city’s schools, theaters, movie houses and churches.

Despite the closures, there were more than 2,000 people in the city who had contracted influenza by Oct. 8. The Health Department’s Morgan extended his closure order to include poolrooms, bowling alleys, skating rinks and taverns. In addition, he advised the courts to adjourn all jury cases.

Although factories and most businesses remained open, the Board of Health asked employers to stagger work hours to prevent large rush-hour gatherings of workers at streetcar stops. Mayor Charles Jewett even had the fire department scrub all city streets, a task made easier by the greatly reduced traffic resulting from all the closures.

The Indianapolis Star reported that 6,256 flu cases among the civilian population were reported in October. Halloween parties were banned as the city faced this real-life ghoul.

Finally, by the end of the month, the number of new cases was down dramatically. It seemed the epidemic was over. Business and schools reopened.

But by Nov. 18, 656 new cases of influenza were reported, and nine more people had died in the city. The next day the Indianapolis Star headline read: “Flu Masks Must Be Worn in All Public Places Beginning Today / Schools Are Closed.” The Board of Health issued an order requiring everyone to wear a mask in public, including at work. Health inspectors patrolled Downtown looking for those not in masks. Morgan ordered the city schools closed                      indefinitely.

Over the next two weeks, after new cases again decreased, the mask order was lifted at the end of November. Schools finally reopened the first week in December. The worst was over, but the city continued to experience small numbers of influenza and influenza-related pneumonia cases and deaths in the early months of 1919.

Although the reported death rate varies depending on source, probably close to 900 people died from the flu in the city during the epidemic. Epidemiologists and historians report ranges for the number of flu deaths in Indianapolis between 125.13 and 290 per 100,000 residents. The Indianapolis population was 318,007 in 1920.

Officially, the state reported 154,600 flu cases between September 1918 and February 1919. The U.S. Department of Health and Human Services states that the actual number of influenza cases in the state was probably about 350,000. Approximately 10,000 deaths from influenza occurred throughout Indiana during this period.

As distressing as those numbers seem, historians consider Indiana’s flu epidemic was slightly less severe than elsewhere in the country. That was small comfort to the many families who lost a loved one. Most heartbreaking was the loss of so many young, healthy people to this strain of flu which killed large numbers in the 20- to 40-year-old cohort.

By the end of 1919 the First World War and the influenza pandemic were over. Indianapolis and the nation could return to normalcy. But the losses had been extreme. Even in a state which had a comparatively milder epidemic than other states, nearly 900 died in the Capital City alone.

Words can’t express that loss, but they may help you visualize it. In our city there was more than one death for each of the 889 words in this column about the Influenza Epidemic of 1918.

Connie Zeigler is a historian who researches and writes about design history and Indianapolis and owns C. Resources, a preservation consulting firm. 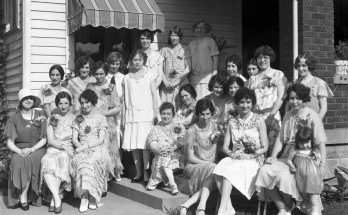 History 301: Healing and rebirth after the Spanish Flu 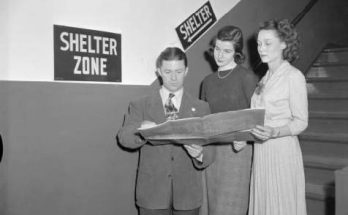 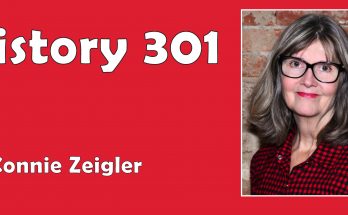