City officials have announced that the big orange barricades blocking traffic from most sections of Mass Ave will come down the week after Labor Day – opening the street for the first time since late May.

The street-side patios won’t all disappear, however, with restaurants having the option of retaining some parking spaces for their expanded patios. But in making the announcement, city officials also stressed the need for continued social distancing – which some stakeholders said will be difficult when more pedestrian traffic is funneled on to sidewalks with restaurants still required to keep waiting customers outside before being seated.

The city’s action, however, most certainly comes as good news to merchants who don’t operate restaurants. The street closure was seen as a boon to restaurants, but others felt they lost business because of significantly reduced parking.

Officials with the city’s Department of Public Works said the new strategy also affects Broad Ripple Avenue, where crews will begin removing barriers on Tuesday, Sept. 8. Barriers will be removed from Mass Ave later in the week as crew schedules allow.
DPW officials said businesses which have been permitted to expand seating into adjacent street parking spaces may continue to operate in these locations while protected by remaining concrete barriers. Restaurants in the two zones which are a part of the Dine Out Indy program were told they need to inform the city by Sept. 4 if they will continue to utilize the permitted parking spaces for outdoor seating. Indy DPW will cover the costs for those occupied spaces through Nov. 30.
The temporary pedestrian corridor along Georgia Street between Pennsylvania and Meridian streets, which compromises no on-street parking spaces, will continue to be closed to vehicular traffic.
Information on measures allowing restaurants to re-open with temporary outdoor seating can be found at indy.gov/Dineout.

PHOTO ABOVE: The 300 block of Mass Ave, shown here in the early morning, has seen strong crowds taking advantage of the expanded (and mostly covered) patio space available since late May. 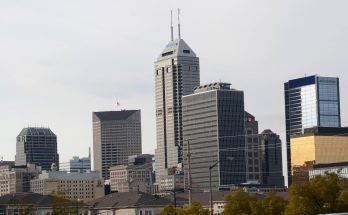 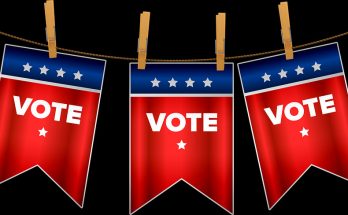 THIS JUST IN: Voter Headquarters to offer variety of services on Near Eastside 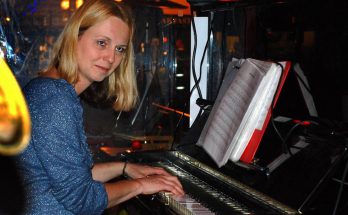