Terms and Conditions by Mary Karty, directed by Anthony L. Nathan: A young man takes a chance ordering a robot programmed to be his virtual fantasy woman, but he is not ready for the reality of having a girlfriend.

Two Yards of Satan by Kelly McBurnette-Andronicos, directed by Kate Hinman: Pam ordered two yards of satin to finish a Holy Communion dress, but a typo results in her getting a six foot tall Satan instead.

Scavengers by Marcia Eppich-Harris, directed by Casey Ross. When Klara and Jeff are accosted by two teenagers while on their first date, the two online-daters face a defining moment in their lives.

Karma Cop by Megan Ann Jacobs, directed by Spencer Elliott. Now that Cloe is finally a Karam Cop, she can’t wait for her first assignment. But trouble brews when her charge is not who she imagined. Can Cloe get creative and turn this human disaster around or will she be stuck in a world of negative karma forever?

Echoes by Garret Schneider, directed by Caleb Clark:An echo is your own sound coming back for you… so what happens when your old grief finally finds you?

Nice Knowing You by Lou Harry, directed by Chris Saunders. Is there really such a thing as a first date, when everyone around you is such an open book?

Dog Park by Josie Gingrich, directed by Megan Ann Jacobs. When two strangers suffer from pandemic-related awkwardness while visiting a local dog park, it becomes clear that both women have startling secrets to reveal.

For tickets, go to indyfringe.org.

* Saint Clair Street is closed under the interstate until Nov. 11.

* Lewis Street is closed under the interstate until Nov. 12.

* Eastbound Ohio Street is closed at College Ave. until Dec. 1.

Paintings and drawings by Julia Zollman Wickes are now featured in the lobby of the District Theatre. The exhibition, Rhythms and Blues, will remain on display through Dec. 20. An artist’s reception will take place from 6 to 8 p.m. Friday, Nov. 12, with a complimentary jazz performance at 5 p.m. The exhibit can be viewed by appointment; go to juliawickes.com. 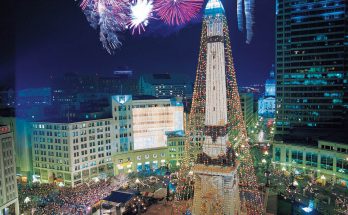 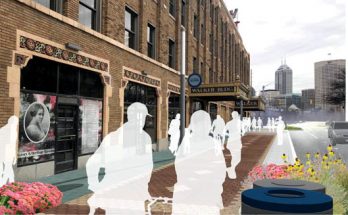 Ground is broken on landmark expansion of the Indianapolis Cultural Trail